Jazz North is excited to announce the appointment of six new trustees joining its dynamic board; musicians Perrilena Alleyne-Hughes, Richard Henry, Jilly Jarman and Dennis Rollins, Web Developer and CMS specialist Jeni Tehan and Communications Consultant Jon Beck. The new trustees will help Jazz North shape the future of the organisation as it navigates a new landscape for live music.

Dennis Rollins said, “I’m extremely excited to be appointed as a Trustee Board Member of Jazz North. As a musician and educator, I’m looking forward to being a part of a team dedicated and focused in making a difference to the lives of young musicians.”

Trustees will join at an important time for the organisation, which has worked hard to support musicians and promoters throughout the pandemic, moving many of its career development activities, networking meetings and one to monitoring sessions online, and offering financial support packages and emergency funding advice to musicians and promoters.

Simon Ryder, Vice Chair said, “I am delighted that we have been able to appoint six Trustees of such high calibre who will bring a wide range of skills, perspectives and lived experience to further strengthen our board at this pivotal time for the jazz sector. We understand that the challenges we all face right now will have long term consequences for musicians, promoters and venues and our new Trustees will help to transform our work.”

CEO Lesley Jackson said “Alongside the challenges created by the pandemic, we also recognise that the jazz industry has a long way to go to become a truly diverse and inclusive sector. I am looking forward to working with our new Trustees to develop new plans and initiatives that will grow our reach, develop new partnerships and ensure that we are an organisation that stands up to inequality, invests in diversity and makes real change.”

The appointments, which will double the size of the Jazz North Board, were made after Jazz North adapted its recruitment process and enlisted the support of Black Lives in Music to help promote the vacancies. The new appointees join the other members of the Board of Trustees: Chair – Debra King; Simon Ryder; Alexander Douglas; Dafydd Williams; Craig Chapman and Neil Dutton. 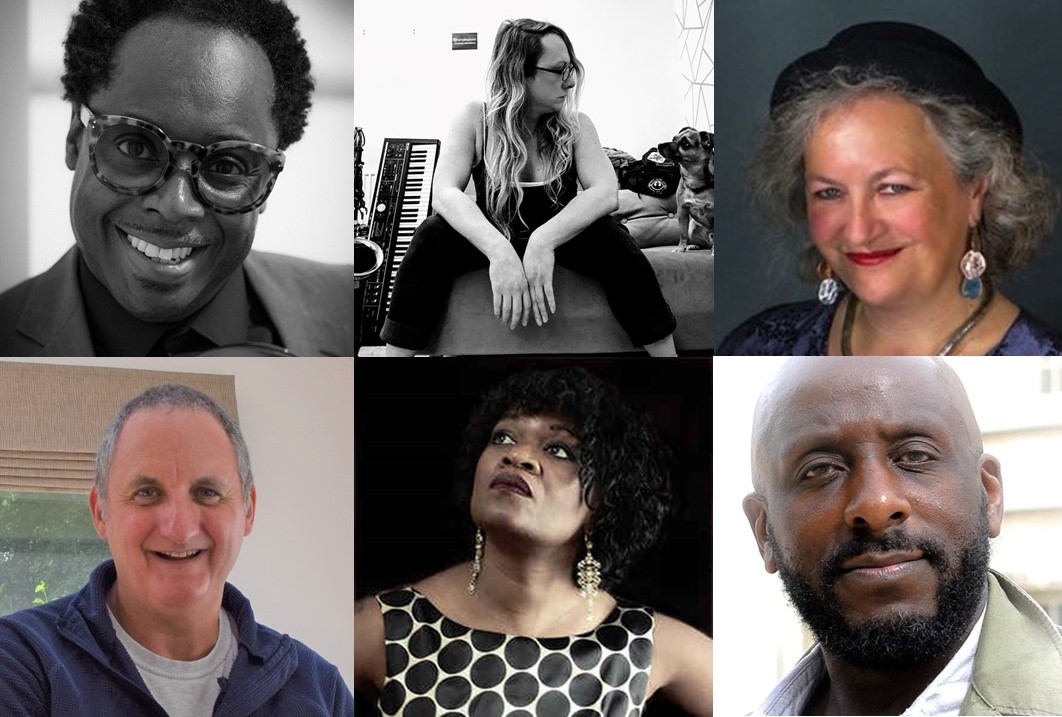 We use cookies on our website to give you the most relevant experience by remembering your preferences and repeat visits. By clicking “Accept All”, you consent to the use of ALL the cookies. However, you may visit "Cookie Settings" to provide a controlled consent.
Cookie SettingsAccept All
Manage consent

This website uses cookies to improve your experience while you navigate through the website. Out of these, the cookies that are categorized as necessary are stored on your browser as they are essential for the working of basic functionalities of the website. We also use third-party cookies that help us analyze and understand how you use this website. These cookies will be stored in your browser only with your consent. You also have the option to opt-out of these cookies. But opting out of some of these cookies may affect your browsing experience.
Necessary Always Enabled
Necessary cookies are absolutely essential for the website to function properly. These cookies ensure basic functionalities and security features of the website, anonymously.
Functional
Functional cookies help to perform certain functionalities like sharing the content of the website on social media platforms, collect feedbacks, and other third-party features.
Performance
Performance cookies are used to understand and analyze the key performance indexes of the website which helps in delivering a better user experience for the visitors.
Analytics
Analytical cookies are used to understand how visitors interact with the website. These cookies help provide information on metrics the number of visitors, bounce rate, traffic source, etc.
Advertisement
Advertisement cookies are used to provide visitors with relevant ads and marketing campaigns. These cookies track visitors across websites and collect information to provide customized ads.
Others
Other uncategorized cookies are those that are being analyzed and have not been classified into a category as yet.
SAVE & ACCEPT

The JazzLeeds reset programme this summer has seen a succession of UK international stars coming to Seven Arts in Chapel Allerton, Leeds with 14 concerts in total, including musicians like Andrew McCormack, Josephine Davies, Ian Shaw, Byron Wallen and Liam Noble as well as the best of jazz bands from our area most of whom were playing for the first time in eighteen months since lockdown started.

The finale this coming weekend 17/18 July 1-8pm is a two day Jazz Reset Festival at Seven Arts Leeds featuring some of the acts the JazzLeeds audience have asked to see again… making for an eclectic mix of jazz, funk, and world music from some of the region’s leading artists.

There are also support acts playing outside in the sunshine of the Seven Arts courtyard (for free), including  blues from Joe Moore (vocals and guitar) and Nic Svarc (guitar), Leeds drummer Jonah Evans and his trio, jazz and soul singer Terri Shaltiel, Lady and the Tramps led by Miles Pillinger, a drum student from Leeds Conservatoire, a one man band – Lawrence Marshall – and  the ORB Trio of Pete Rosser keys, Richard Ormrod saxes and Paul Baxter bass.

The festival will be fully distanced, with limited seating and table service plus streetfood served in the courtyard.

Tickets for the Festival – day tickets and all festival tickets are almost sold out – last few here https://www.ticketsource.co.uk/jazzleeds

JazzLeeds are proud to acknowledge the support they have had from Leeds City Council, Seven Arts and Leeds Inspired. More details are here www.jazzleeds.org.uk